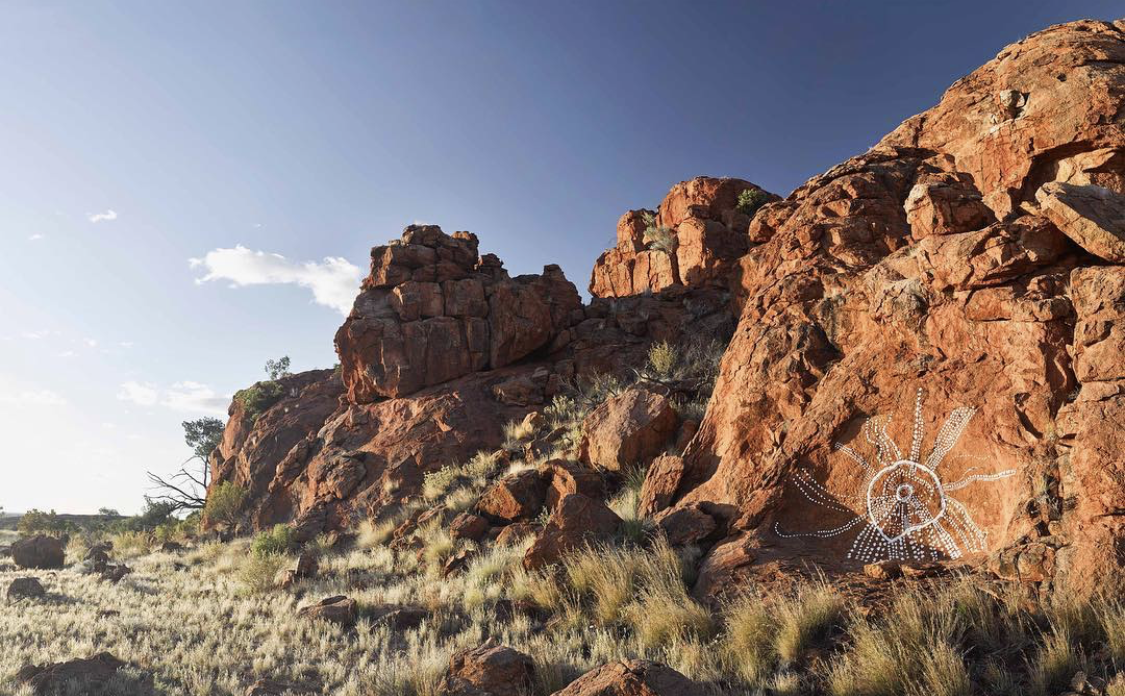 Elaine Woods was born at Docker River in 1969. Elaine grew up at Irruntji later moving south to the Kalgoorlie and Esperence areas. Elaine has seen the birth and rapid evolution of the art movement in the Pitjantjatjara lands. In particular, she was lucky to see and be a party to her mother, Maringka Baker’s, development into one of our most successful and sought after Indigenous artists. Maringka, together with Elaine’s uncle, the great Jimmy Baker, were the feature artists at the Australia National Gallery’s Culture Warriors Triennial. Elaine took up painting in 2010 and is rapidly carving out her own niche amongst Indigenous art’s up and coming artists. Elaine has four daughters, Julie Woods, Janice Woods, Venita Woods and Casseyanne Woods.

Sitting at the base of the Mann Ranges, the Nyapari Community is host to the Tjungu Palya art centre, 450 km south-west of Alice Springs in the APY Lands. It is an Aboriginal owned and operated enterprise.

Supporting artists in the neighbouring homelands of Kanpi and Watarru, this joining of communities is where Tjungu Palya takes its name meaning ‘good together.’  Tjungu Palya is a dynamic and innovative community Art Centre, that plays a vital economic role in the sustainability of these small communities.

The strength of artist’s work from this region continues to grow through the fine traditions set by Nellie Stewart and Wingu Tingima (both now deceased), and the definitive styles of senior law men Ginger Wikilyiri and Jimmy Baker.  Elder Maringka Baker also paints with authority and knowledge in her stunning compartmentalized precision of marks and form.

The emerging next generation of artists are also well supported at Tjungu Palya with family connections evident in the work of Matthew Tiger, grandson of Kunmanara Tiger (deceased); painting since 2012, he uses his grandfather’s memory as inspiration. The linear compartments of Maringka Baker’s work can be seen in her lineage: daughter Elaine Woods and grand-daughters Julie and Venita Woods presenting similar form, albeit a different palette. Mr Baker’s grand-daughters Teresa Baker and Kani Tunkin have been presenting a precision and exactitude for which their work is known.