Utopia – The Artists of Delmore Downs – Yaamaganu Gallery
‹ Previous Next › 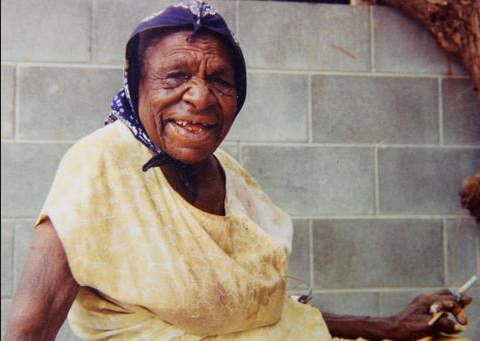 Established by the Holt family in 1989, Delmore Gallery was originally situated 250 kilometres northeast of Alice Springs in the Northern Territory of Australia. The Holt’s property, Delmore Downs Station, bordered Utopia, a former cattle station that has been under the management of its traditional owners since 1976, located very close to the exact centre of Australia.

The Holt family owned properties in this area, including Macdonald Downs, Dneiper, Delny and Delmore Downs since 1924, when Jessie Holt first met the Arrernte, Allyawarre and Anmatyerre people, cementing what became a deep and enduring relationship that has had a tremendous influence on the quality of the paintings produced for them.

Delmore Gallery now represents a distinguished and talented group of emerging and acclaimed artists, primarily from Utopia. The quality of the Australian Aboriginal art from Delmore is widely acknowledged by collectors, major art galleries and museums all over the world.

Don Holt began to collect Indigenous Australian art from Hermannsburg in 1966, then from the artists of Papunya in 1971. The Holts initially purchased and commissioned silk batiks from Utopia from 1978 to 1988. In 1988, they began commissioning and buying contemporary Aboriginal art from the nearby Utopia region, nurturing the talent of Utopia artist Emily Kame Kngwarreye from 1989 until her passing in 1996. In this time, it is estimated that Emily produced approximately 3,400 paintings, almost half of which were commissioned by Delmore Gallery. Emily usually painted at Delmore three to four days a week. With a multitude of colours of the best available paint, and quality Belgian linen, the results were spectacular. Delmore Gallery began curating exhibitions from 1989, held in Sydney at Coventry Gallery, in Melbourne with Gallery Gabrielle Pizzi, in Canberra with Chapman Gallery, and then later with Hogarth Galleries, William Mora Galleries, Barry Stern and Coo-ee Aboriginal Art Gallery.

Collectors flew in from the USA, England, France, Germany, Holland and Australia-wide, swiftly followed by journalists, filmmakers and artists. The Delmore artists, numbering up to 138, were garnering the attention of the global art world.

Many of the artists that painted at Delmore Gallery became highly successful: Gloria and Kathleen Petyarre; Kathleen, Polly and Angeline Kngale, who paint beautiful interpretations of their Wild Plum Dreaming; Lily and Joy Kngwarreye, inspired by an important women’s site on Utopia; Dave Ross painted authoritative, powerful work to wide acclaim; Louie Pwerle and his brother, Cowboy, both produced strong and detailed works in ochre colours.

However, it was Emily Kame Kngwarreye who rose to achieve great acclaim within the Aboriginal art movement, including an Australian Artists’ Creative Fellowship in 1992, and placing works in the collections of many significant institutions. Emily’s rare ability to reinvent her aesthetic lexicon with such innovation, and her dexterous use of line and colour created a frisson of excitement in the local and international art world. Emily’s work is often viewed in parallel with Impressionism and the modern, non-Indigenous abstraction of artistic geniuses such as Claude Monet and Jackson Pollock. However, it is imperative to remember that this comparison is of little importance next to Emily’s success and manifold accomplishment in creating an entirely original and vanguard contribution to Australian Aboriginal art.