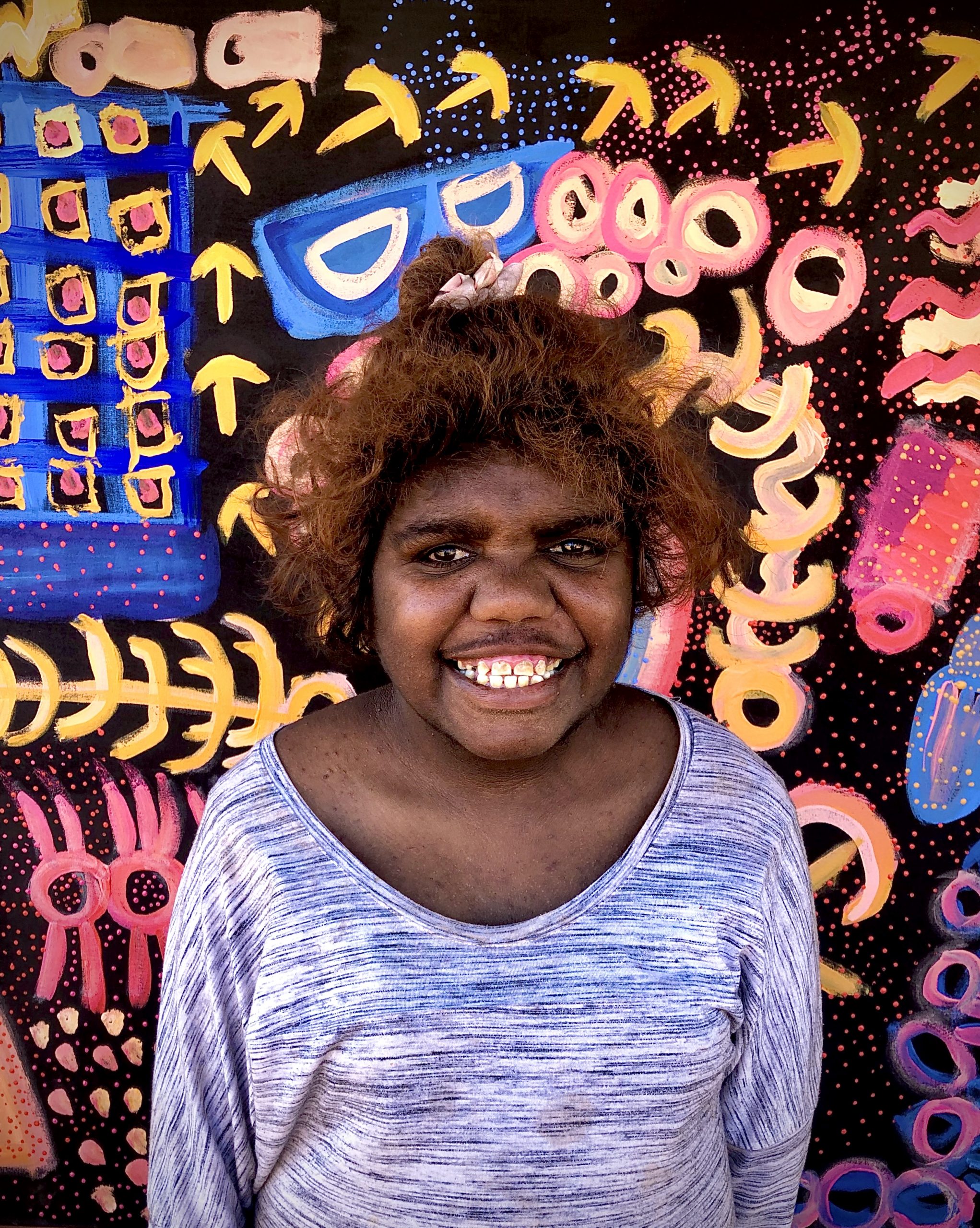 The gallery is proud to be working with Ninuku Artists Samuel miller and Cassaria Young Hogan in the presentation of the joint show Kala Pulka Ngura: Big Colour Country.

The APY Lands Artists kick off our 2021 Exhibition Schedule in spectacular fashion with their brilliant use of colour and stories of country.

Samuel Miller was born in 1966 at Ernabella Mission. When Samuel’s mother passed away, his father’s second wife, Molly Nampitjin Miller, cared for him. Molly is a founding director of Ninuku Arts. When growing up, Samuel moved between Amata and Pipalyatjara, but he now resides in Kalka with Molly and the rest of her family. A committed member of Ninuku Arts, Samuel usually paints every day. His paintings depict the traditional iconography of his land, which lies to the east of Pipalyatjara – rockholes, creeks and hills feature in his work, all immersed in Tjukurpa (Dreaming stories). Samuel’s paintings are mesmerising.

His composition is minimalist and he makes extensive use of radiating colours, which are largely drawn from the varying colours in the landscape surrounding his country. He is fastidious in his approach and works with a large number of paint colours, which he spreads out around him as he paints. Although he is one of the youngest men painting at the art centre, Samuel is confident and
focussed in his approach.

Cassaria Young was born in Alice Springs, Northern Territory. Her mother is Susan Young, though artists Amanyi and Stanley Young have looked after her since she was a little baby. Cassaria grew up in Kalka community and attended school in Pipalyatjara. An emerging painter, her works tell the stories of bush trips- digging maku and making cups of tea on the homelands of her grandfather Stanley’s country around the Wataru protected area, 100 kms southwest of Pipalyatjara.