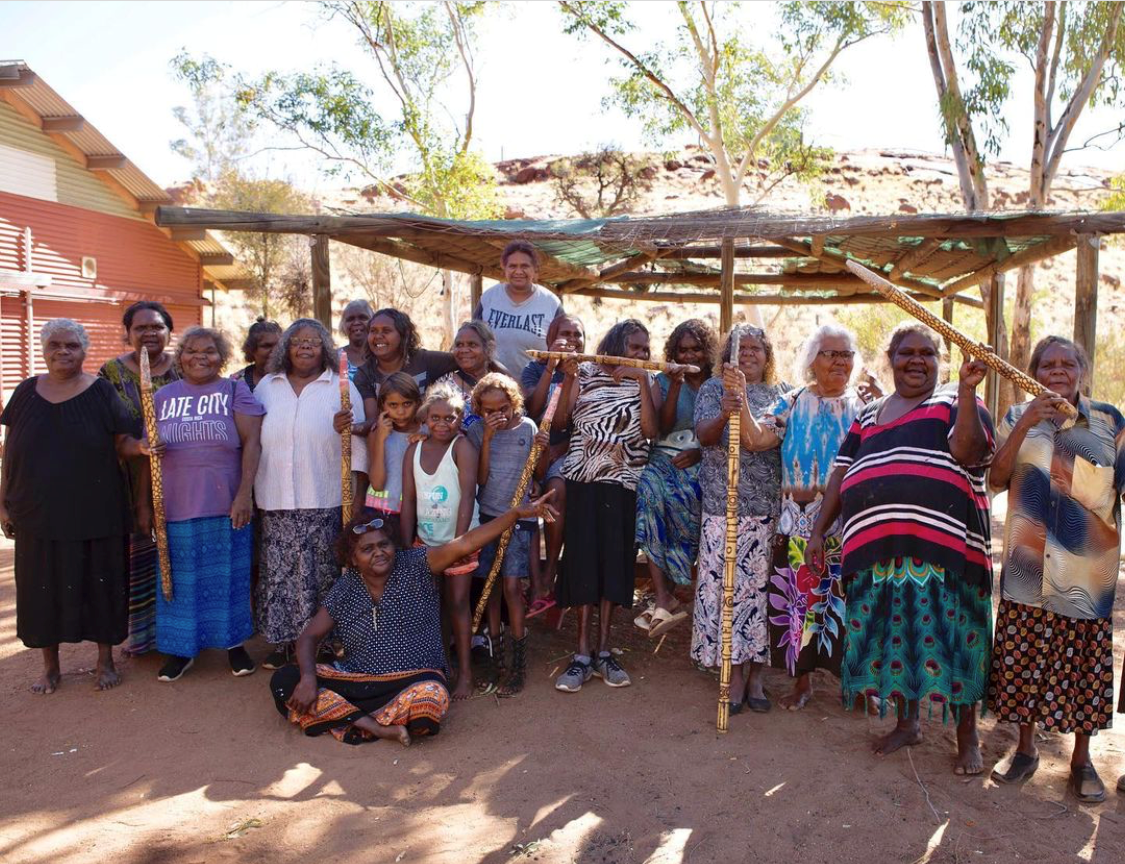 All enruiries to Toby Osmond

Pukatja was the first permanent settlement on the Anangu Pitjantjatjara Yankunytjatjara Lands (APY Lands). The Presbyterian Board of Missions established the mission in 1937, and a craft room was established in 1948. The first craft products were hand-loomed woven fabrics and hand-pulled and knotted floor rugs with a unique pattern that became known as ‘the Ernabella walka’ or anapalayaku walka (Ernabella’s design).

In recent years, long after commencing working as artists, senior women decided to leave behind the walka of the early days and to depict their Tjukurpa (sacred stories of country and law). The centre’s inimitable reputation lies in the adaptability and innovation of the artists who have been introduced to many different mediums since the craft room began. Today its varied group of artists is a mix of young and old, men and women. The members of Ernabella Arts are always reinvigorating their centre, seeing it through its evolution from the first incarnation as a craft room, into a culturally strong contemporary art centre.

Ernabella Arts is an Aboriginal owned and run corporation which promotes and supports ethical practice in the creation and sale of Indigenous art.